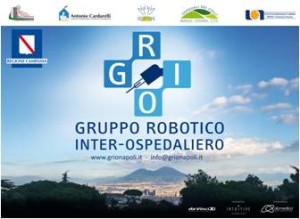 Since 2015 Cardarelli hosts da Vinci Surgical System, alongside with three other hospitals. These four realities have joined their forces to form GRIO, Inter Hospital Robotic Group.

GRIO shares the robotic surgery experiences of four hospitals and it promotes a training program, using the common clinical practice and resources of the Centre of Biotechnology. 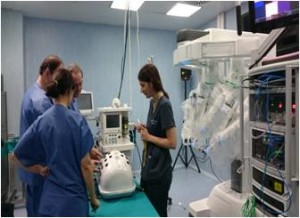 Da Vinci Surgical System offers surgeons the possibility to improve their operating strategy, oriented to a minimally invasive approach. In addition, the robot allows a three-dimensional view with a firmer image, a 360 degrees freedom of movements and, last but not least, it helps to perform the most delicate and refined movements.

Moreover, two years later, at the beginning of April 2017, a significant training agreement has been approved and signed between Intuitive Surgical, AB Medica and Cardarelli hospital.

The Centre of Biotechnology has been identified as the official location of the training centre, called “Robotic Academy Intuitive Naples” (RAIN). 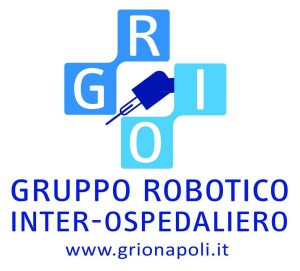 RAIN main objective is to educate and train surgeons in the use of da Vinci robotic system through training courses with porcine models and human specimens.
Da Vinci robot located at the Centre of Biotecnology is specifically used for education and training of surgeons.